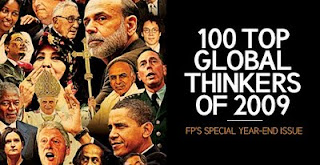 for challenging the Muslim world to embrace democracy.

Two decades ago, it would have been impossible to imagine Anwar pulling together rural Malays, ethnic Indians and Chinese, and Islamists into a coherent political bloc. Back then, Anwar was deputy prime minister in a de facto single-party state that espoused preferential treatment for ethnic Malays. It was a policy that Anwar had pushed from his days as a youth leader right up until 1997, when he denounced his patron, then-Prime Minister Mahathir Mohamad, for corruption. He would spend the next six years in solitary confinement on trumped-up charges for that political betrayal. And he would leave jail in 2004 with a bold message for change in a country now at the forefront of the struggle for democracy in the Muslim world. Today, Anwar's political career is blossoming, despite a new, politically motivated indictment. Abroad, he has become an outspoken advocate of religious tolerance.

He sat down with Foreign Policy to talk about his big ideas:

On Muslim countries and the West: You can't just erase a period of imperialism and colonialism. You can't erase the fault lines, the bad policies, the failed policies, the war in Iraq, and support for dictators. That to me is the reality. But what is the problem? When you … apportion the blame only to the West or the United States. They want to deflect from the issue of repression, endemic corruption, and destruction of the institutions of governance.

On his time in prison: I spent a lot of time reading. I decided to focus on the great works and the classics. Friends from around the world were sending books, but it takes months for [the prison] to vet them. There came a book on the Green Revolution at that time. The officer said, "Anything revolution -- out!" even though it was about agriculture. But the books kept coming. The officers were not even graduates, and [the books] were in English. They would say, "Anwar, out of 10 books, can you send back one?" So I would select something I had already read or something I was not interested in and say, "We should reject this."

On politics: Of course, you simplify the arguments [for politics], but the central thesis remains constant. People say, "Anwar, you are opportunistic. How can you talk about Islam and the Quran here, and then you talk about Shakespeare and quote Jefferson or Edmund Burke?" I say, it depends on the audience. You can't talk about Edmund Burke in some remote village in Afghanistan. Then you go to Kuala Lumpur and you quote T.S. Eliot. If I quote the Quran all the time to a group of lawyers, [they will think] I am a mullah from somewhere! - Kerajaan Rakyat